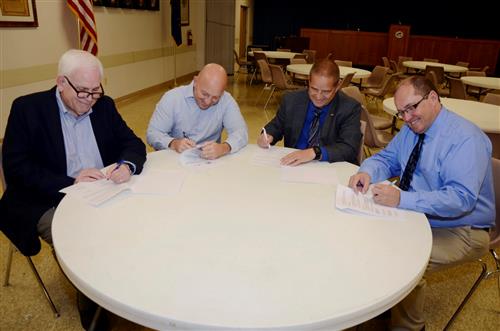 CMSD has added another pipeline program that can help career-technical students from Max S. Hayes High School land high-paying jobs in their trade.

An agreement that the District signed Thursday with Plumbers Local No. 55 and the Cleveland Plumbing Industry Joint Apprenticeship Training Committee will allow qualified Max Hayes graduates to go directly to work as residential trainees in the plumbing industry.

The trainees work on projects such as apartment buildings, condominiums and hotels up to four stories high.

The trainees’ starting wage is $12.50 an hour, but after the three-year training period, the plumbers can become journeymen earning twice that amount, plus benefits. They can make even higher wages if they meet the requirements necessary to become commercial journeymen.

The new pipeline is similar to a school-to-apprenticeship program that the District has launched with the sheet-metal industry.

Students in both programs must maintain grade-point averages of 2.5 overall -- 3.0 in their career pathways -- and a 95 percent attendance rate. They also are placed in jobs before graduation, providing them with a chance to get a feel for the work and gain an inside track with an employer.

“It gives both parties an opportunity to get a better understanding of each other,” said Jason Shank, training director for the plumbers JATC.

Shank said the pipeline will start with a single student from Max Hayes and one from each of three other career-tech schools in Northeast Ohio. But it could grow as more contractors come on board.

The region needs younger plumbers, Shank said. He said apprenticeship applications have dropped by 20 percent in the last five years.

In recent years, CMSD also has started pre-apprenticeship programs with the Cleveland Building and Construction Trades Council and the computer numeric control, or CNC, machining industry.

John Nesta, who serves as a curriculum construct specialist at Max Hayes, has been instrumental in developing pipeline programs for the school. He said he will continue to press for agreements with other trades. 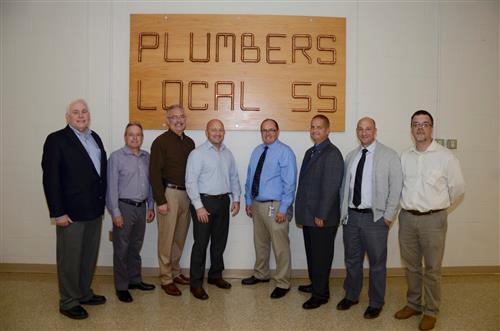