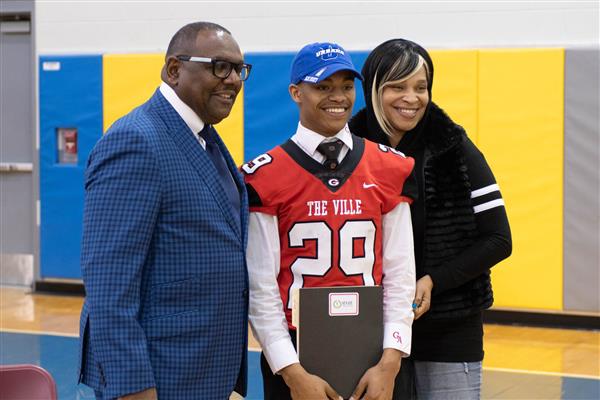 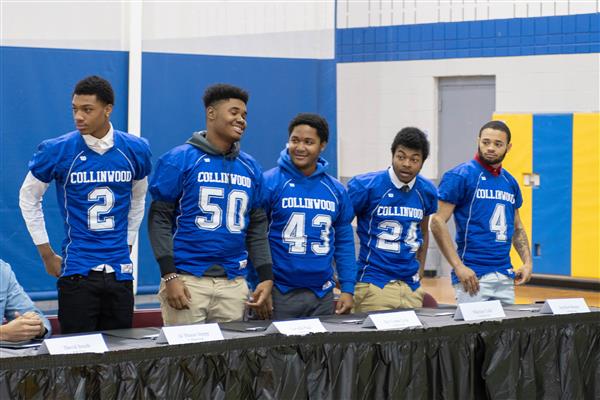 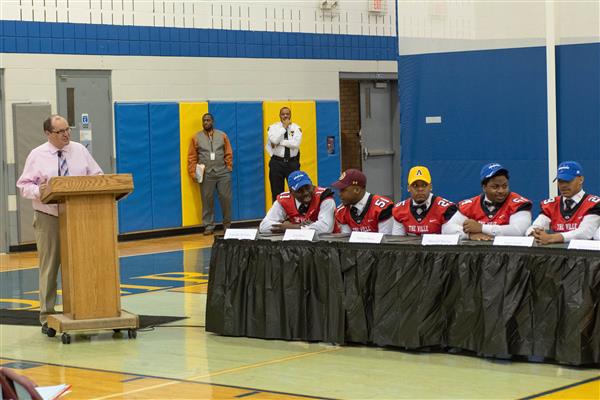 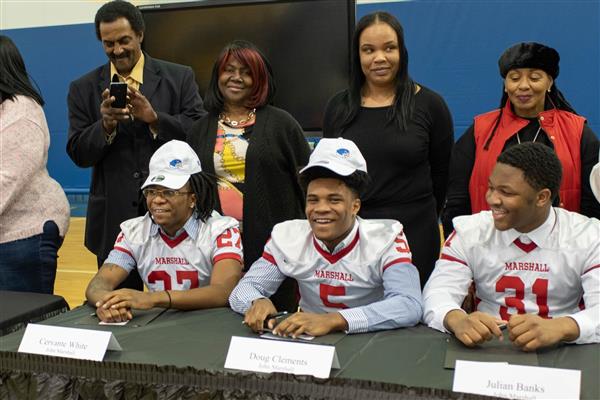 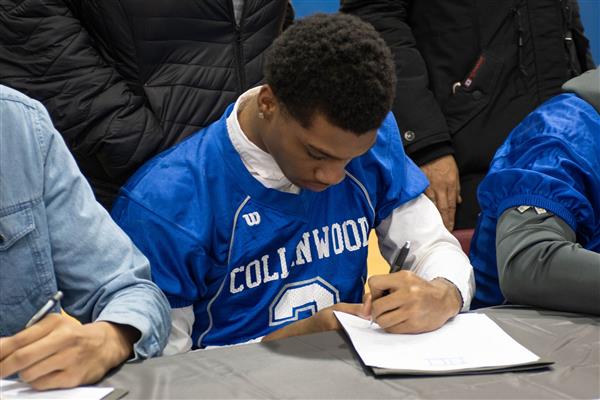 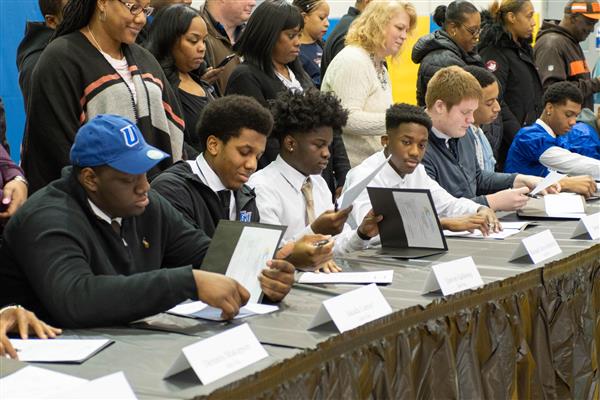 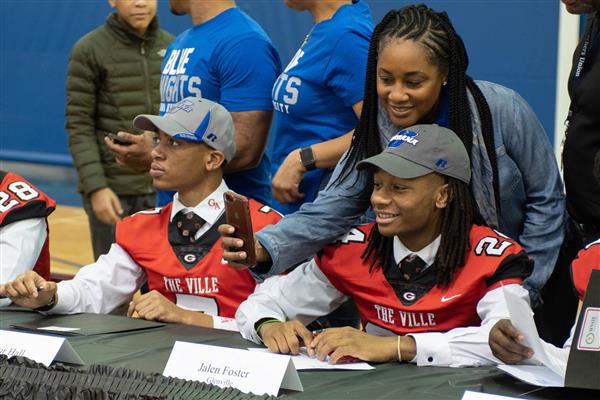 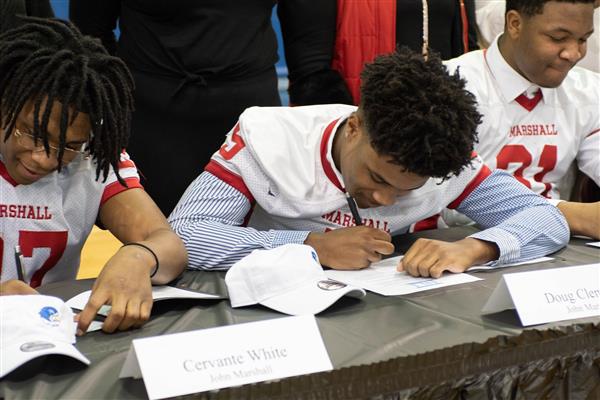 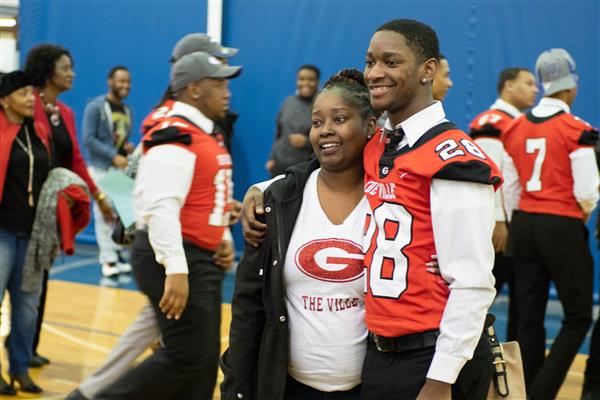 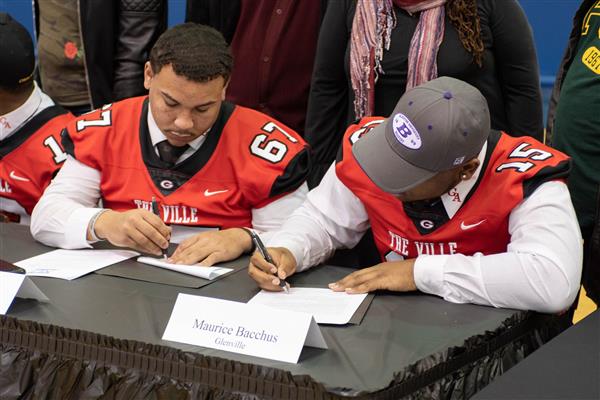 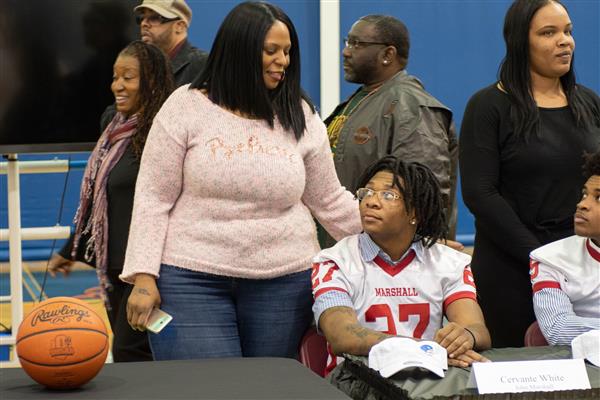 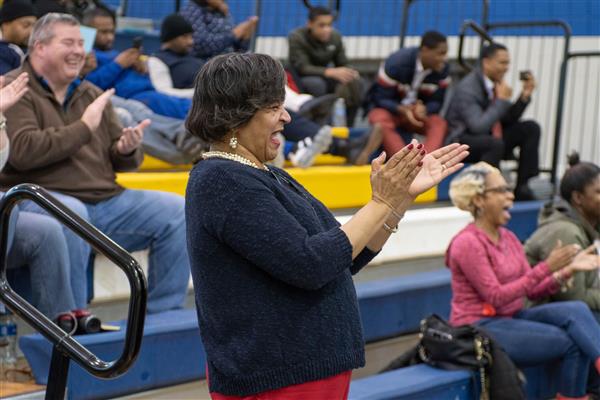 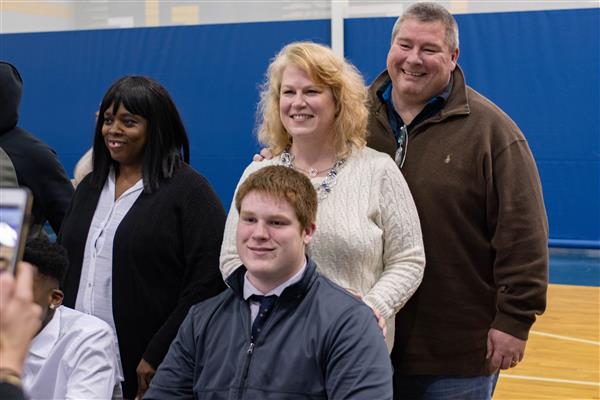 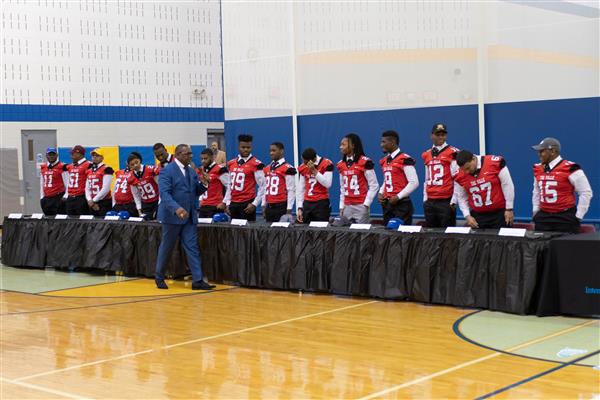 On the surface, CMSD’s National Letter of Intent Signing Day ceremony was about sports. But each of the scholarship recipients has a story, and their game is only a small part of it.

Take Anthony Morris Jr., one of the athletes who signed letters of commitment to colleges and universities on Wednesday at the East Professional Center.

Anthony, who is headed to Allegheny College in northwest Pennsylvania, played linebacker for Glenville High School. Off the field, he is class valedictorian at Ginn Academy while also earning credit at Cuyahoga Community College, nearly enough to receive an associate’s degree.

Once, football may have seemed out of the question. He had to deal with pseudotumor cerebri, a buildup of pressure in the skull that can lead to blindness. The care he received influenced his decision to eventually become a nurse.

“I want to help people,” he said. “Being exposed to how empathetic nurses were to me, it touched me at a very young age.”

Anthony’s parents watched with pride as he took this big step toward the future. Asked to describe his son, Anthony Sr. focused not on sports but academics.

In all, 29 football players and one basketball player signed letters from 14 institutions. Besides Glenville, New Tech Collinwood, John Hay Campus and John Marshall Campus were the other CMSD programs represented.

John Marshall linebacker Cervante White will play football for Notre Dame College in South Euclid. He hopes to take his game to the National Football League but as an alternative would practice as an orthopedic surgeon, another choice inspired by adversity.

Cervante was sidelined by a back injury and did not play high school football until his junior year. Now healthy, he can bench press 240 pounds and perform squats with 430 pounds. He tackled with what must have been pent-up fury.

“I was hungry,” he said. “I wanted to play football again. I was ready to get back on the field.”

Ja’Shaun tore a knee in a game during the second half of his junior season. Now he is going on to play football for Defiance College.

“It’s a great feeling,”  said Ja’Shaun, who plans to study engineering at Defiance. “I never thought I’d be here.”

Before the program concluded, Desiree Powell, District director interscholastic athletics, led a round of applause for parents and caregivers.

“We know they would not be here if not for you,” she said.

The complete list of athletes, their sports and chosen colleges or universities, includes: